All Classes are ONLINE during the Coronavirus pandemic. New classes are starting every month ONLINE for now. Once the situation allows, campuses will be re-opened for regular studies in class.

Do you have the right personality for college?

The following are the biographies of the instructors in the Faculty of Data Science Information Technology. 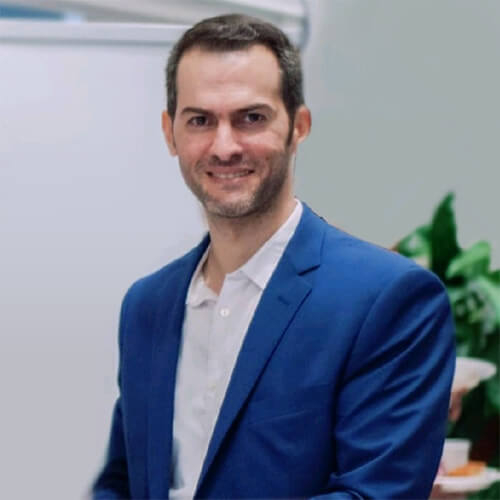 Dr. Tareq Jaber has received his PhD in Computer Science from Queen’s University, Belfast, UK in 2008. His doctoral research focused on Information Retrieval (IR), Latent Semantic Indexing (LSI) as a technique used for intelligent IR as an alternative to traditional keyword matching techniques.

After the completion of his doctoral studies, he continued his research work in the area of LSI at Queen’s University Belfast. He submitted and presented a number of papers at major journals and conferences. His area of interests includes Data Science, Machine Learning, Intelligent Search Engines, Pattern Recognition, Image Processing and Social Media Marketing. Recently he started working in other research areas such as Big Data, Social Networks Analysis and Web Semantic. From September 2009 – August 2010, Dr. Jaber worked as an assistant professor in Computer Science at Al-Ahliyya Amman University, Amman – Jordan

Since October 2009, Dr. Jaber has held a position at GETCA Inc., a company specializing in the Semantically/AI Powered Search Engines solutions, as a member of the Technology Strategic Steering Committee. From September 2010 to July 2017, he worked as an assistant professor at School of Computing and Information Technology in King Abdulaziz University (now University of Jeddah). In February 2011, Mr. Jaber was appointed as the dean of Computer Information Systems Department, and served on the Faculty Committees as a curriculum planning and academic advisor.

Since November 2017, Mr. Jaber has been a lead instructor at Metro College of Technology, Toronto – Canada, teaching data science courses for the Data Science and Application program, and supervising student projects in R and Python. 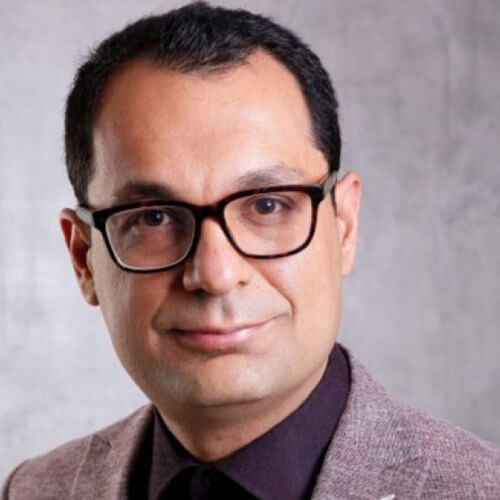 Mr Rajaee is the founder and CEO of Toronto Data Lab (Data Science Consulting company). This will allow him to share his practical data science with his students. 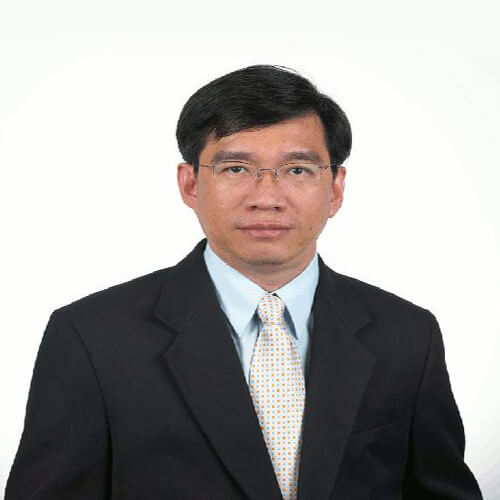 Mr. Palawat Supharerk has been a Data Science project practitioner for more than 10 years, has managed large-scale project in support of IBM Global Delivery Services and Ontario government initiatives. In addition he is a SAS Certified Base and Advanced Programmer. He has an MBA in Finance and additional credentials, including PMP and ITIL v3 Foundation. Now Mr. Supharerk is a data science project instructor at Metro College of Technology. 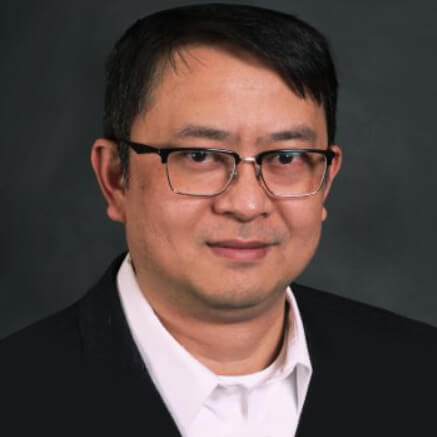 Mr. Ar Kar Min is a Certified Advanced SAS programmer. He has a strong education background with a MPH (Master Degree in Public Health). He has over 10+ years of work experience in the health care and telecom industry with wide range of skills and knowledge including reporting, and high level data analysis. His knowledge of end-to-end data base marketing process and procedures enables him to identify data issues, discrepancies and improve accuracy. He is proficient in using statistical software packages to prepare and write analytical reports. Now he has been working as a senior data consultant and database marketing campaign manager for a Toronto-based telecommunication company since 2011. He received a 2014 Rogers CEO Team Award of the year for launching the NHL Program. On part-time basis, he is a data analysis instructor at Metro College of Technology. 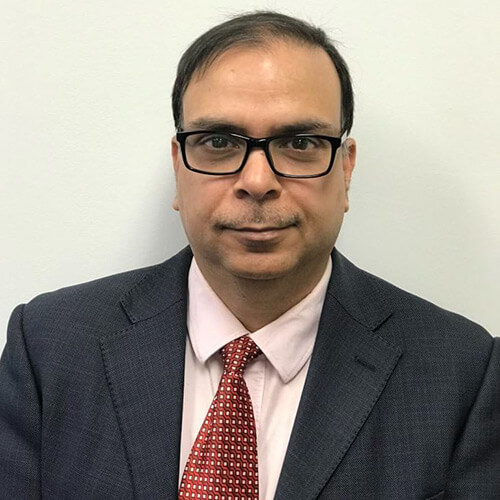 Mr. Vijay Kumar has 10+ years of successful work experience as Web developer and SQL developer. Currently he has been working full time as Data Scientist for a few Toronto-based companies. Mr. Kumar worked extensively as software developer/business intelligence developer in medical and legal industries in New York area. He has expertise in data visualization also and has strong expertise of Tableau, Qlikview and MS Power B.I. Mr. Kumar holds a MBA degree in Information Systems from Maharishi International University and a Master degree in Business Administration from MUM University, Fairfield, Iowa USA. 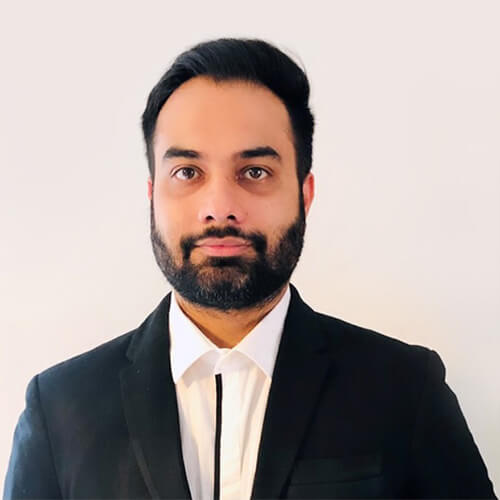 Mr. Malik holds a bachelor degree in information technology. He has been a Cloud Engineer/Senior Systems Engineer for 9+ years in the field of cloud computing. His expertise includes in-depth theoretical understanding of cloud computing and solid experience in designing and architecting cloud solutions. Mr. Malik got certified by AWS, Oracle Cloud Infrastructure, and Aviatrix Multi Cloud Network Associate. He is currently working as cloud computing instructor at Metro College of Technology and is acting as a cloud architect in a Winnipeg-based company. His current duties are delivering lectures, providing hands-on lab to students, covering subjects around AWS and other Cloud platforms. He is highly proactive in finding solutions to cloud problems. His students benefit a lot from his could computing work experience that well connects student’s learning experience to the real world. 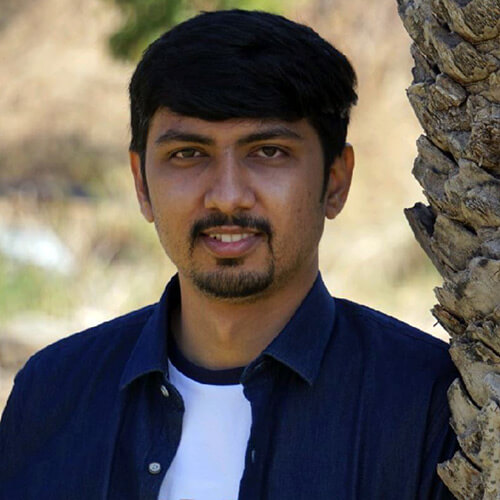 Mr. Arpit Shad holds a bachelor degree in Information Technology. He has been working as a DevOps engineer, cloud architect, and network security engineer in the could computing for a few companies. Through many business projects, he has developed in-depth knowledge and skills in AWS and Microsoft Azure platforms. Mr. Shah has been certified as a Linux System Administrator, AWS Certified Solution Architect Associate and AWS Certified Developer Associate. While working for a Canadian company he teaches Could computing courses at Metro College of Technology as a part-time instructor. He is sharing his valuable cloud computing experience with his students.

A Bachelor’s degree holder in information technology, Ms. Bayar Ismael has many professional certifications such as Microsoft MCSA in Servers Infrastructure, MCP, and CISCO CCNA Routing and Switching, COMPTIA A+ among other distinctions in the field.

With over 8 years of industry experience as a network engineer, Ms. Bayar Ismael has mastered the ins and outs of computer networking: building and constructing network projects from small LAN networks to wide scale, cloud-based environments. She has extensive experience of route cause analysis, fault isolation.

In teaching Ms. Bayar Ismael combines lectures with many hands-on activities to ensure students develop their skills from fundamental to advanced level. She enjoys sharing her knowledge, skills and experience with her students. She is an expert in maximizing student’s potential for their career success.

What graduates are saying about Metro College of Technology?

When I joined Metro College I was on a contract position and looking to develop skills required to be a successful analyst. Right after I completed the SAS Programming Certificates, I was promoted to a management position at a major telecom company. I am very happy with the progress of my career.

I just wanted to say thank you for all your support, I finally got the job of my dreams as an Accounts Payable clerk. Thank you Metro College!

Studying Civil Engineering Design at Metro College updated my knowledge of the most useful software in civil and structural design in a reasonable time. Doing Co-Op not only helped me find my desired job but also enriched me with the Canadian experience to fulfil the criteria to apply for P.Eng designation.

It is a fantastic experience of learning here for Computerized Accounting. I finished the Diploma in 8 months here and spent another two weeks finding a job without any background of Accounting. Very nice and patient teachers and perfect job hunting training. One of the best technology school in Toronto.

Our instructors are not only qualified professionals but also industry-specific experts. Every one of our programs is designed with input from industry leaders to prepare you with the industry know-how and how to do it.